RICHMOND, Va. (AP) — Gov. Ralph Northam laid out his vision Wednesday for a changing Virginia a day after Democrats seized control of the General Assembly for the first time in more than two decades.

Northam, speaking at a Cabinet meeting, promised swift action on a host of liberal policy proposals, with a particular emphasis on gun control measures.

He said Democratic gains were largely powered by voters who wanted to see commonsense gun laws enacted and noted that Republicans adjourned a special session earlier this year called in response to a mass shooting in Virginia Beach in less than 90 minutes “with no results.”

“The landscape has changed,” Northam said.

Tuesday’s victory extended the Democrats’ winning streak under President Donald Trump. The party will now have full control of the statehouse for the first time in 26 years.

Suburban voters turned out in big numbers to back Democratic candidates, continuing a trend of once GOP-friendly suburbs turning blue. This is the third election in a row in which Virginia Democrats made significant gains since Trump was elected. 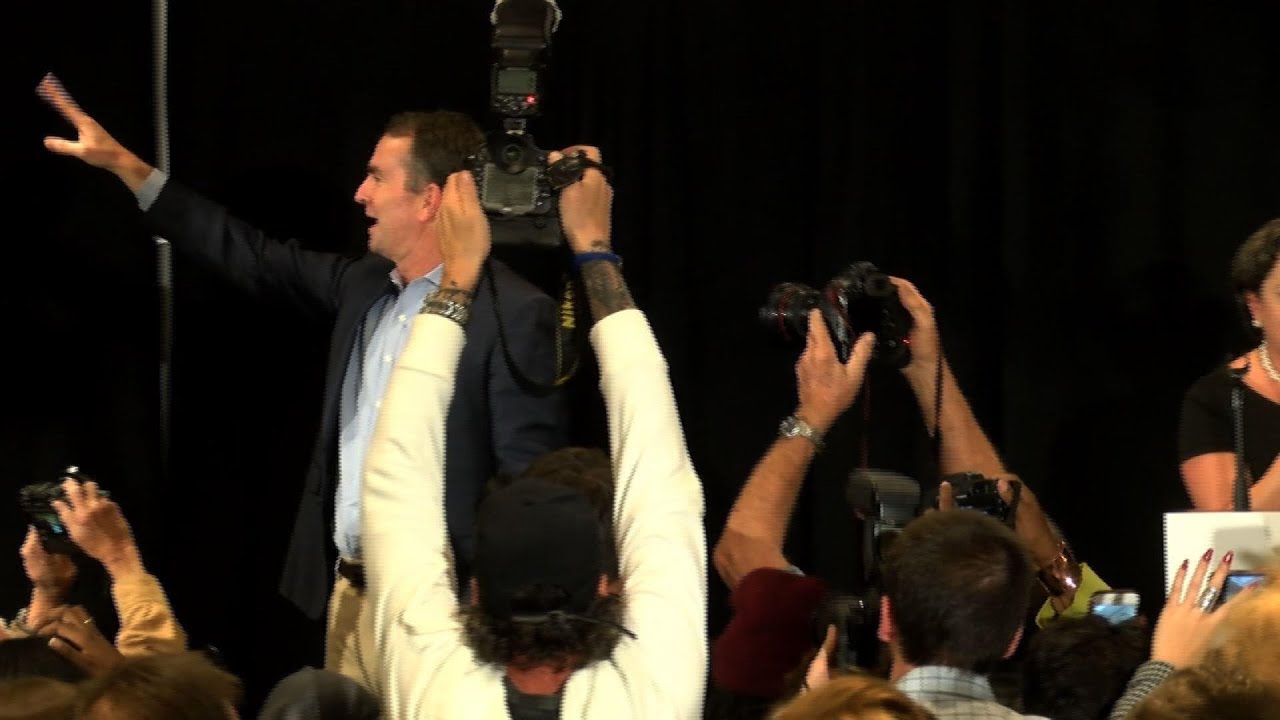 The Democrats’ big win was a warning sign for the president and Republicans ahead of next year’s election. Higher-educated and more affluent suburban voters — particularly women — have revolted against Trump’s GOP both in Virginia and nationwide. The suburbs leaned Republican in the past but have become a key battleground amid shifting demographics and Trump’s turbulent presidency.

Tuesday was a rough night for many suburban Republicans in Virginia. Del. Tim Hugo lost his spot as the last Republican representing Fairfax County, northern Virginia’s most populous suburban jurisdiction.

Of the four states with legislative elections this year, Virginia was the only one where control of the statehouse was up for grabs. Republicans lost their slim majorities in both the state House and Senate.

Trump tried to rally Republicans via Twitter but stayed out of Virginia, a state he lost in 2016.

The only candidate Trump endorsed by name, Republican Geary Higgins, was handily defeated in a northern Virginia Senate district previously held by the GOP.

Gary Keener and wife Marthanne Huffines-Keener, of Glen Allen, a suburb just north of Richmond, said they voted Republican for years but have voted Democrat since the 2008 election of former President Barack Obama. They said Trump definitely had a large impact on Virginia’s election.

“We didn’t want to make that our only reason for coming out,” Keener said. “But he’s a baboon. We do some traveling, and wherever we go, we’re embarrassed.”

Republicans hoped an off-year election with no statewide candidates on the ballot would help defuse the anti-Trump energy that powered previous cycles. GOP lawmakers also bet on the specter of a possible Trump impeachment providing a last-minute surge by motivating the Republican base. Republicans were able to hold on to several seats in close races but expressed disappointment with the overall outcome of the night.

House Majority Leader Todd Gilbert on Tuesday predicted that Democrats would pursue an “extreme agenda” that would undo Republican efforts to make Virginia a business-friendly state.

“Virginians should expect public policies that look a lot more like the train-wreck that is California than the Virginia of good fiscal management and common-sense conservative governance,” Gilbert said in a statement.

Democrats were keenly focused on gun issues during the election, saying Republicans should be held accountable for failing to pass new restrictions after the Virginia Beach shooting.

Republicans accused Democrats of trying to use the tragedy for political gain, especially in light of Northam’s blackface scandal, while focusing heavily on past Democratic efforts to loosen restrictions for third-trimester abortion.

The Democratic victories Tuesday will make the legislature more diverse. Sen.-elect Ghazala Hashmi is the first Muslim-American woman to serve in the Senate. Del. Danica Roem, who made history as the first openly transgender person elected and seated in a U.S. state legislature, easily won reelection.

“It’s nice to see the Virginia Legislature look like Virginia. It’s so important,” said Nurse, who is black.

Tuesday’s election could help cement Democratic rule for the next decade, because the winners will decide who controls the next redistricting process. Lawmakers approved a proposed constitutional amendment this year that would create a new bipartisan commission empowered to draw legislative and congressional maps. Democrats have to sign off on it again next year before presenting it to voters.